EDITORS NOTE: Why do I choose to share this with you when today’s focus is creating better video?    I firmly believe when we view think about, dissect and deconstruct samples of other producers work we can create better video ourselves

“Television: A medium.
So called because it is neither rare nor well done.”
— Ernie Kovacs

And if you’re unfamiliar with Ernie Kovacs, I would encourage you to check out his early TV comedy. Many of the comedians we grew up with either worked with Ernie Kovacs or were influenced by his work. It’s not everyone’s cup of tea – but he broke new ground and was very clever at a time when Computer Graphics were not even on the drawing board. Among the better known characters and bits created by Ernie are Percy Dovetonsils and The Nairobi Trio.

Here’s a list of YouTube videos you can view to get a sense of his comic genius: http://bit.ly/ErnieKovacs

[From “Kovacs Corner” on YouTube.com] – Although it is posted all over YT, no tribute site would be complete without Kovacs’ signature comedy sketch. Of course, it’s The Nairobi Trio’s syncopated rendition of Robert Maxwell’s “Solfeggio”. As if you didn’t already know, the costumed gorilla with the cigar in his mouth is Ernie. The pianist’s curly blond locks suggest that it is his wife Edie Adams. The timpanist has never been identified but, in this particular performance, his apparent small stature suggests it is Kovacs’ sidekick the late Bobby Lauher. At other times, the role was reported to have been played by Ernie’s best friend Jack Lemmon, Milton Berle, and the Chairman of the Board himself, Frank Sinatra. 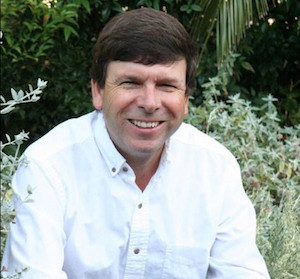